Originally from Devon in the UK, I lived in Mexico for 11 years.  During that time I discovered Biomagnetism therapy and was able to study with Dr Goiz Duran between 2006 and 2008 participating in both levels of study to become a biomagnetism therapist.  I have also studied the work of Dr Ryke Geerd Hamer with  Dr. Luis Felipe Espinosa, who has gone into depths around the psychological conficts connected with certain physical afflictions.   I practiced in Mexico where I lived, before returning to England in 2010.  To my knowledge I was the first to bring the therapy to the UK, from 2006 on visiting the country.  I am also a professional cellist (my original reason for being in Mexico) and am trained as a suzuki cello teacher.

I now live in the UK, on the Devon/Cornwall border near the market town of Launceston where I would be happy to attend anyone who would like to have a biomagnetic treatment. 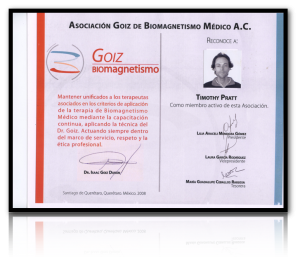 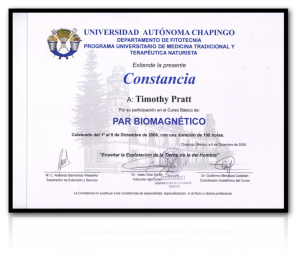 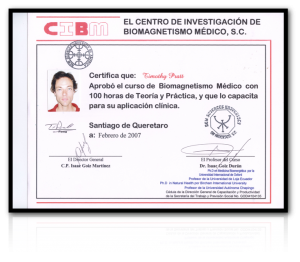 Biomagnetism is a blessing

Over 13 years ago I know Tim, my family and I, for many years we were Tim’s patients, during the time he lived in Mexico. I had meningitis and thanks to Tim with three days that he gave me biomagnetism therapy, I recovered and I live to tell about it. My family and I highly… Read more “Biomagnetism is a blessing”

Tim treated my 15 year old son today he has been suffering with an infected pilonidal sinus has been feeling run down and keeps telling me he is depressed. He has been on antibiotics for about a week but they haven’t helped at all. Straight after the treatment he was so much happier and said… Read more “Happy teenager!!”

Hello, my name is Mirna and I live in Mexico. I have known Tim for 12 years or more, I think, and I want to briefly tell my story. 10 years ago I suffered from meningitis and the only thing that cured me and saved me was the biomagnetism therapy which I received from Tim.… Read more “Our community miss Tim, he’s the best biomagnetism therapist”

I have ME, fibromyalgia, and lymphocytic colitis. Tim has treated me with magnets several times, it has relieve d my symptoms. I even had a really agonizing headache one day and he made it go during one treatment. This modality does work. Tim has a calm and reassuring presence and is very thorough going through… Read more “It definitely works.”

Please leave you testimonials below. Thank you.